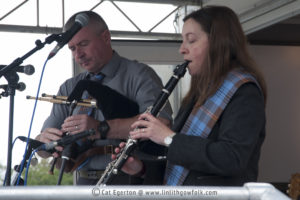 Well, apart from our slot at the Linlithgow Folk Festival, Sep and Oct were quite quiet for Glenbervie, mainly due to family commitments. However, things are picking up in the run up to Christmas! Neil has increased his teaching days to Sunday – Thursday, due to a high demand for lessons, and will be cutting back on weddings (well, he needs a day off!). We have passed 4,000 ‘likes’ on our Facebook page which was a bit of a milestone, and the YouTube channel continues to be popular. On Nov 11th Neil is playing at Larbert Cenotaph then we will be joining the Provost’s Remembrance parade at 2pm from the Town Hall to Callendar House. There we’ll sing ‘The Green Fields of France’ as a tribute to the fallen. Then on Fri 23rd Nov we’ll be peforming at a Remembrance concert in Grangemouth Town Hall, organised by Falkirk and District Arts & Civic Council.

Torwood Garden Centre have invited us back to play at their Santa Parade on Sun 25th Nov, with Neil (plus special guests) piping in Santa and the reindeer, then Glenbervie will play Christmas and trad tunes during the afternoon. It’s always a fun and festive day! The next event will be St Andrew’s night at Deanburn School to raise funds for next year’s Bo’ness Children’s Gala. Then Neil is teaching at a Lowland & Borders Piping Society weekend near Arbroath. Sunday 16th December is the Bairns’ Christmas. Kathryn will be playing in the orchestra. It’s always a very popular event so get tickets early! This year it’s being held in St Mungo’s school in Falkirk.

Callendar House are running a series of festive evenings in December and we’re delighted to be playing from 6.30-7.30 on Fri 21st. We’ll be by the Christmas tree in the foyer so come and say hello!

Finally, here’s a blast from the past…a pupil of Neil’s shared this photo with him recently. Don’t they all look smart? It was the State Visit of the King of Spain in 1986. Neil is on the left, 3rd behind the PM. 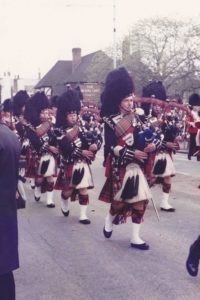